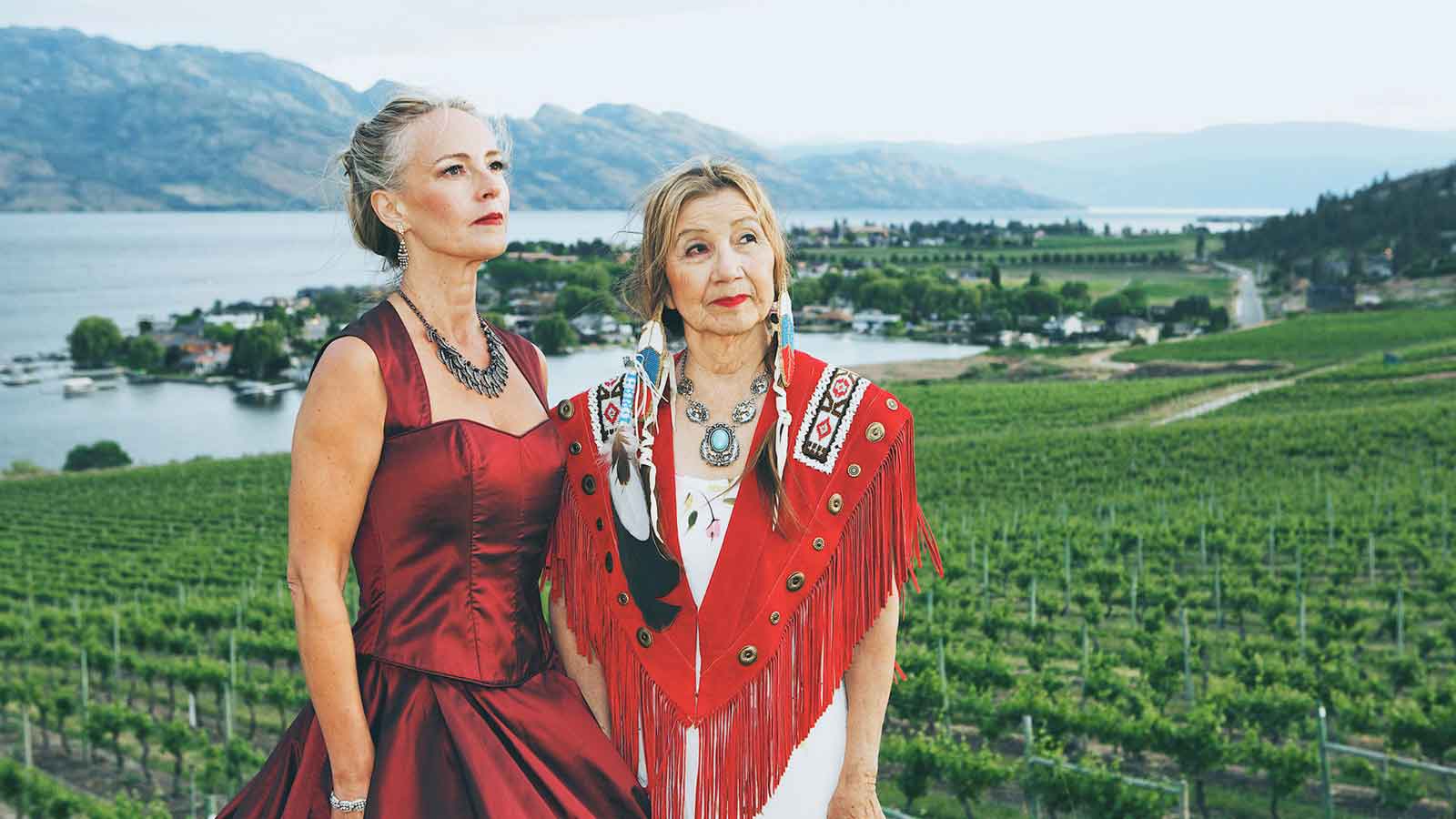 Vancouver, BC – Astrolabe Musik Theatre & Turning Point Ensemble (TPE), in collaboration with Westbank First Nation, proudly present the world premiere production of The Lake / n-ha-a-itk – August 15-17 at Quails’ Gate Winery in Kelowna, BC, in a fully-integrated evening of historical Canadian opera and contemporary syilx culture. Composed in 1952 by Barbara Pentland, with libretto by Governor-General Award-winning poet Dorothy Livesay, the Canadian chamber opera is based on the true-life story of pioneer Susan Allison, who sighted Lake Okanagan’s famous creature, na-ha-a-itk (Ogopogo), one stormy autumn day in 1873.

“I discovered The Lake in 1995, as I searched the Canadian Music Centre library for an aria for the Eckhardt-Gramatté National Music Competition,” says Heather Pawsey, Artistic Director of Astrolabe Musik Theatre. “I would go on to perform the previously unknown piece and place first in the competition, but I knew this was only the beginning. We are honoured to finally give this work the world premiere staging it deserves – and overjoyed to do so on the very grounds where the original events transpired: the traditional territory of the syilx/Okanagan people, with whom we have a meaningful and respectful collaboration, and Quails’ Gate Winery, the Allison family’s original 1873 “Sunnyside” ranch.”

Commissioned by an Ontario-based organist in 1951, Pentland and Livesay conducted deep research in crafting The Lake: visiting Susan Allison’s log cabin, interviewing residents who had known the family, and drawing on local First Nations stories. The completed work was never presented by the commissioner however, and – except for a 1954 radio broadcast on CBC – slipped into obscurity.

In giving The Lake / na-ha-a-itk its full production premiere, Astrolabe & TPE re-introduce a milestone creation in the iconic Canadian composer’s development. Stylistically, the chamber opera marks a transitional period where Pentland’s lyrical Coplandinfluenced approach began to merge with growing interest in serial music. Music Director Owen Underhill states, “It is especially rewarding to collaborate with Westbank First Nation and embed the opera into a performance that is inclusive of syilx culture and additional songs and dances created for these performances.”

To bring this work to life, Astrolabe & TPE have partnered with Quails’ Gate Winery, site of Susan Allison’s still-standing homestead (wine reception, dinner, and brunch packages will be available, in addition to show-only tickets). The fully integrated evening of opera and contemporary cultural expressions from the syilx people is set amidst the vineyard with the magnificent outdoor backdrop of Lake Okanagan.

Astrolabe Musik Theatre was founded by Artistic Director and soprano Heather Pawsey. The company is committed to presenting multi- and interdisciplinary collaborations, particularly with Canadian creators and performers. Astrolabe is passionate about commissioning and performing new works by Canadian artists in non-traditional venues, and dedicated to the dynamic and active engagement of audiences through innovative programming and the creation of new experiences through site-specific venues.

Based in Vancouver, British Columbia, the Turning Point Ensemble is a large chamber ensemble (core 18 instrumentalists) recognized for its outstanding musicianship. Founded in 2002 by its musician members, Turning Point has a mandate to increase the understanding and appreciation of music composed during the past hundred years. The ensemble has built a strong reputation for linking seminal 20th century repertoire to contemporary works through thoughtful programming and innovative presentations. Uniquely and flexibly sized between a small chamber ensemble and a symphonic orchestra, Turning Point Ensemble presentations offer a symphonic palette with a chamber music sensibility.